A majority of one! It could all fall apart within weeks! PLEASE GOD LET IT ALL FALL APART!

It almost certainly won't, of course, but that doesn't mean we shouldn't all pray fervently just in case there is a God - if there is, they're definitely not a Tory.

Anyway, I usually use this preamble to complain about how everything is terrible and then to make some sort of laboured and unpleasantly-biological metaphor likening this blognewsletterthing to some sort of suppurating, Cronenbergian nightmare, but I'm going to briefly change tack this week - if you can't be bothered to read this, normal service is resumed below.

Someone on Twitter this week noticed that Imperica's been posting linkbuilding articles - paid pieces of content designed to improve third-party sites search rankings by featuring keyword links from other domains. It's not exactly high-quality journalism, was the implication, what are you doing? What Imperica is doing is attempting to earn some fcuking money so as to be able to pay the hosting costs, and the fees for the other writers who write the proper stuff - this is how fcuked small-scale publishing is on Twitter, and what low-traffic, niche-interest sites have to do if they want to do things like, I don't know, pay contributors or put out a magazine.

As I said (also on Twitter) in response to this, Imperica isn't my site, I don't run it, and I don't get paid to write on it (others do, but I don't - I'm not a journalist and I don't need the additional money, and I would do this for free whatever), but it's worth pointing out the following. No money = taking linkbuilding cash to keep the lights on. Pay for stuff you think is good on the internet otherwise in a couple of years it will all be fcuked.

And no, this isn't me begging you to cough up for Curios - as I said, this will always be free, whether here or elsewhere - this is simply a statement of fact; this stuff costs, whether it be time or money, and not everyone's in the same fortunate position that I am, of being able to spend 6 hours on a Friday morning writing self-indulgent webspaff just for the fun of it.

Anway, this is a long-winded way of asking you to take 5 minutes (morelike 2) to fill in this year's Imperica reader survey - it will help Paul, who runs the site, get more info on who you are and what he might do to persuade of you to give a fcuk. Go on, make him happy.

God, that was dull, wasn't it? Fcuk that sincerity for a game of soldiers, never doing that again. Here, look, take the links and FCUK OFF OUT OF IT. This is Web Curios, and you're very, very welcome.

LET’S KICK OFF WITH THIS ULTRACURRENT GRIME MIX BY GRANDMIXXER!

THE SECTION WHICH IS UNSURPRISED BY REPORTS EMERGING THIS WEEK THAT SUGGEST THAT FACEBOOK’S AD TRANSPARENCY TOOLS ARE, INCREDIBLY, INADEQUATE IN THEIR TRANSPARENCY: 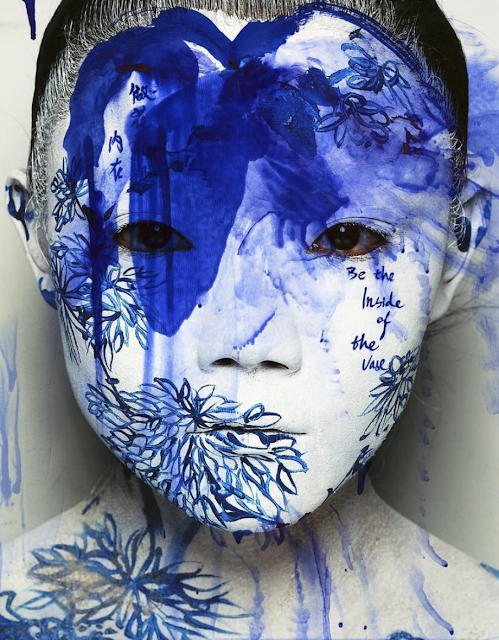 NEXT UP, WHY NOT TRY THE NEW ALBUM OF CHOPPY BEATS BY LA PRODUCER BLARF?!

THE SECTION WHICH PRESUMES THAT NOW THAT SAUDI IS LETTING WOMEN LEAVE THE COUNTRY UNACCOMPANIED WE’RE GOING TO JUST FORGET ABOUT KHASHOGGI AND ALL THE OTHER STUFF, PT.1: 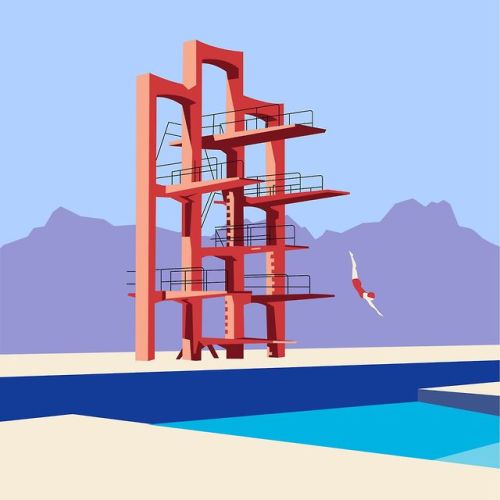 NEXT, SOME PROPER TECHNO WITH AN HOUR’S MIX BY EXi!:

THE SECTION WHICH PRESUMES THAT NOW THAT SAUDI IS LETTING WOMEN LEAVE THE COUNTRY UNACCOMPANIED WE’RE GOING TO JUST FORGET ABOUT KHASHOGGI AND ALL THE OTHER STUFF, PT.2: 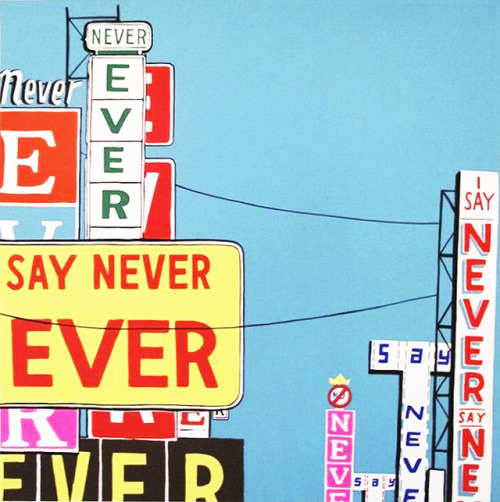 FINALLY IN THIS WEEK’S MIXES, WHY NOT ENJOY SOME DREAMY BALEARIC HOUSE? 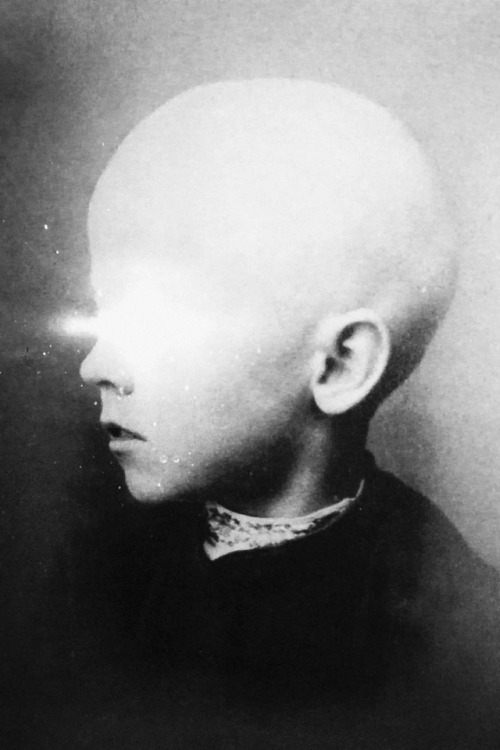 1) This is from a few years back, but editor Paul found it courtesy of Rupert Goodwins on Twitter; it’s 2001 redone as though it were a Picasso painting, courtesy of style transfer software, and it looks WONDERFUL. Take any frame of this, blow it up and whack it on a wall, it would look great:

2) This is VERY trippy. A video for Bunny’s Dream by Matthew Dear, created entirely through VR puppetry software, in which the titular bunny is chased through a fantastical landscape by...er...a weird VR goose-type-thing? Anyway, it’s very hallucinatory, but it gives an idea of how much you can do with puppetry in a virtual space:

3) Previous Curios favourites, Korean pop-punkers Drinking Boys and Girls Choir, are back with their latest single called ‘Big Nine LET’S GO’ and it is typically excellent. Try not feeling a bit perky after you listen to this:

4) This band is called Snarls, and if I were ever asked ‘what do archetypal art students look like in 2019, Matt?’ I would point the questioner at this video (I mean, LOOK AT THE DRUMMER! He may as well have St Martin’s written through him like a stick of rock!). The song’s called ‘Walk in the Woods’, and it’s really very good in a hugely early-90s sort of way:

5) UK GRIME CORNER! This is ‘Pass The Mic’ by The Heavytrackerz and it’s a multi-MC extravaganza (and Manga, as usual, wins hands-down). The beat here is superb, btw:

6) This is by Emma DJ. It is called ‘Slug’. It is…challenging, and the video is horrible - I mean genuinely unsettling CGI. I would tell you to enjoy it, but I’m not 100% certain it’s possible to do so:

7) This is a quite astonishing piece of music and I absolutely adore it. It is NOISY and SCREECHY and INDUSTRIAL and all-told quite frightening, but it’s also an absolute banger, the video is wonderfully unpleasant, and if you mixed this with some drill’n’bass I think you would have a classic for the ages. Honestly, this may well be my song of the year to date. It’s called ‘Love Is A Parasite’ and it’s by Blanck Mass:

8) This is called ‘Oligarchs’, and it’s one of the most impressive pieces of concept-CG I’ve seen in an age. Slight shame that so many of the models are of the generically-pretty anime girl type, but the overall design and aesthetic here is really strong:

9) Last up this week, this is 100 Gecs. I don’t know if you’ve heard of them - I only discovered them this week, and they immediately catapulted to the top of my list of ‘music that if I had children I bet that they would insist on playing really loud to upset me’. This is utterly baffling, very NOW and sort-of brilliant - see what you think. This is called ‘800db cloud’, and you just try making sense of it OH AND LOOK AT THAT WE’RE AT THE END BYE I LOVE YOU BYE BYE BYE HAVE A LOVELY WEEK AND I WILL SEE YOU IN SEVEN DAYS TAKE CARE AND BE KIND TO EACH OTHER AND BE KIND TO YOURSELVES AND BE KIND TO ANIMALS AND BE KIND TO STRANGERS AND LET’S ALL TRY AND JUST HAVE A GOOD OLD TIME OF IT BECAUSE I LOVE YOU AND I WANT YOU TO BE HAPPY BYE TAKE CARE I LOVE YOU BYE!!: