HELLO EVERYONE! How are you? Happy? Well-rested and optimistic and full of vim and vigour and spunk?
No, I thought not. You're either sitting grimly looking out of the window at the lovely weather you're not enjoying because of the ceaseless demands of the capitalist trap we've created for ourselves, or you're wishing you were back in a field boshing pills and getting on with your sunburn. I apologise for the fact that Web Curios is unable to help with either condition.
What is Web Curios good for, I hear you ask? WORDS. LINKS AND WORDS. TOO MANY LINKS AND WORDS. Position yourselves expectantly underneath the gaping nozzle of my infohose, then, and let the cooling webspaff spray you with abandon, like that scene from Zoolander with the petrol pumps but with more odd stuff off the internet and less crispily-burnt manmodelflesh. I, as ever, am Matt; this, as ever, is Web Curios; the world, as ever, is a dreadful and confusing and slightly frightening place, and nothing you are about to read is likely to prove reassuring whatsoever. 'ENJOY'! 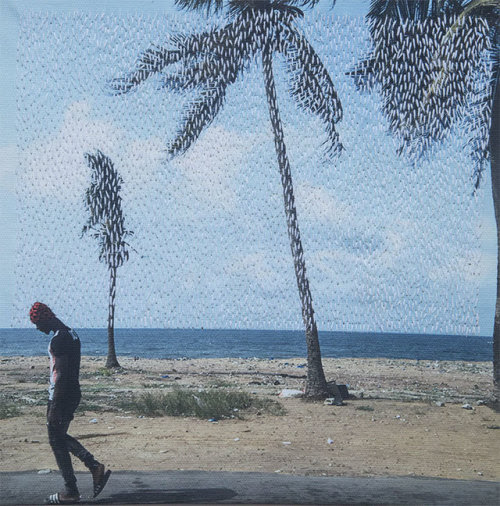 LET’S KICK OFF THE MUSIC THIS WEEK WITH A SURPRISINGLY EXCELLENT TREAT FROM BBC RADIO 3 - A SELECTION OF GAME MUSIC PLAYED BY THE BBC SYMPHONY!

THE SECTION WHICH THIS WEEK HAS HAD TO FIELD PROFESSIONAL QUESTIONS LIKE ‘CAN YOU GIVE ME AN EXAMPLE OF AN EXCELLENT CORPORATE S*C**L M*D** CAMPAIGN?’ AND WHICH ONLY *JUST* MANAGED TO REFRAIN FROM CRYING OUT “NO THEY ARE ALL POINTLESS IT IS ALL A TOTAL WASTE OF TIME CAN WE ALL JUST STOP PRETENDING ANY OF THIS MATTERS?” BUT WORRIES THAT IT MAY NOT BE ABLE TO KEEP THE MASK OF PSEUDO-PROFESSIONALISM ON THAT MUCH LONGER TBH: 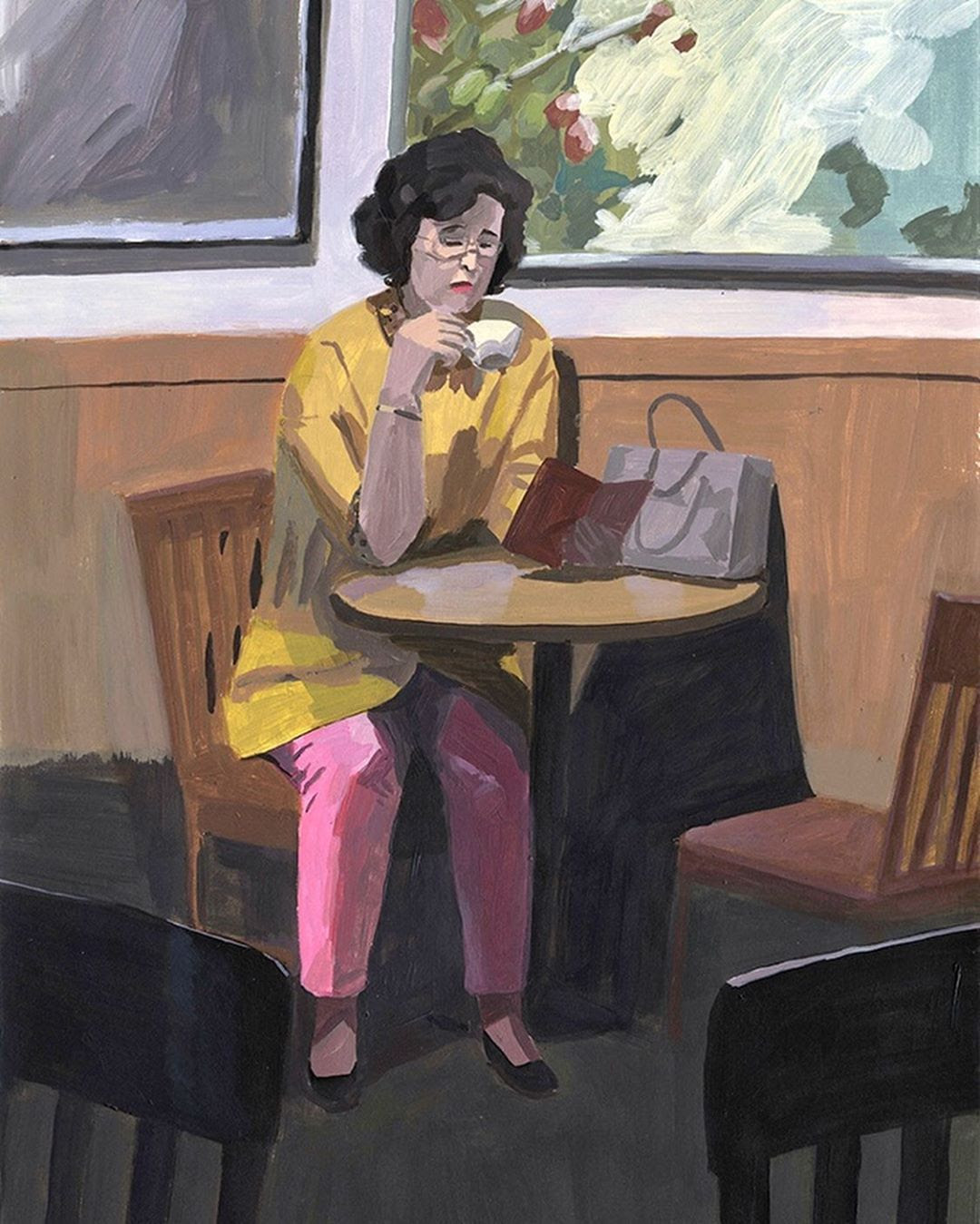 NEXT UP, A PLAYLIST OF MUSIC WHICH ITS COMPILER HAS FOUND USED AS BACKING TRACKS ON TIKTOK AND WHICH IS A USEFUL COMPANION TO THE LONGREAD ON TIKTOK AND MUSIC WHICH YOU CAN FIND IN THE APPROPRIATE SECTION DOWN THERE!

THE SECTION WHICH IS VERY MUCH LOOKING FORWARD TO A SLIGHTLY FAT, HAGGARD-LOOKING ALEX FROM GLASTONBURY TURNING UP IN THE ‘WHO IS THIS FLEETINGLY POPULAR POP CULTURE RELIC FROM THE DISTANT PAST?’ SLOT OF SOME FUTURE GAMESHOW IN 2035, PT.1: 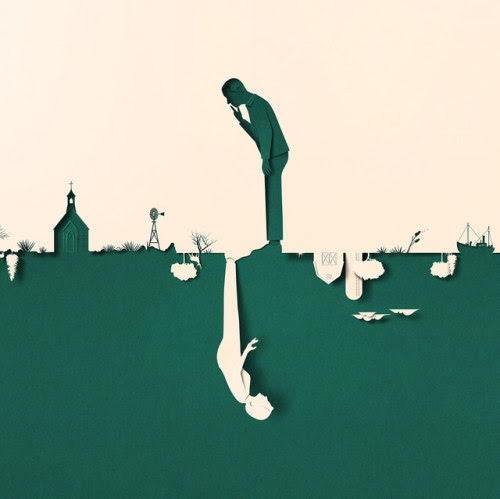 NEXT UP, A MIX BY AUTECHRE DESIGNED TO HELP YOU SLEEP OR JUST TO LET YOU ZONE OUT A BIT!

THE SECTION WHICH IS VERY MUCH LOOKING FORWARD TO A SLIGHTLY FAT, HAGGARD-LOOKING ALEX FROM GLASTONBURY TURNING UP IN THE ‘WHO IS THIS FLEETINGLY POPULAR POP CULTURE RELIC FROM THE DISTANT PAST?’ SLOT OF SOME FUTURE GAMESHOW IN 2035, PT.2: 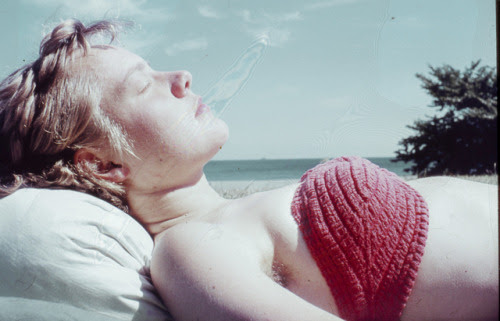 LAST UP IN THIS WEEK’S MUSIC, ENJOY THE BEASTIE BOYS PLAYING GLASGOW IN 1999 (THIS IS A HELL OF A GIG, HONESTLY)! 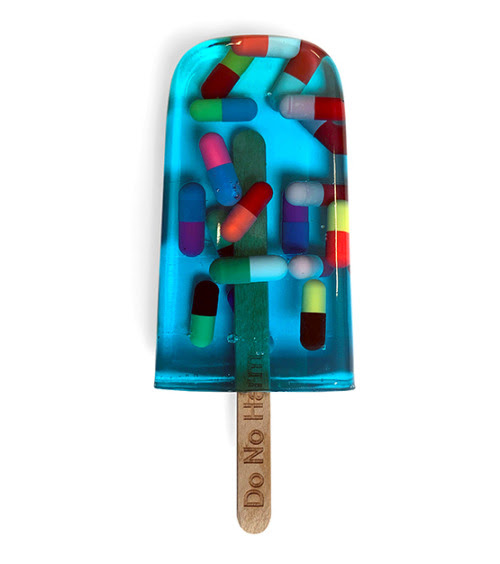 1) First track of the week is by Sui Zhen - a very odd, brittle song with a video that scared the everliving daylights out of me. For the avoidance of doubt, I love everything about all of this:

2) Next, this is one of the more unholy genremashes I have heard in a while; it starts out feeling like it’s going to go full squelchy synthandbeats, but then pivots in all sorts of odd directions and generally doesn’t sound like anything else at all. Fascinating, if a bit messy, and the video’s equally schizophrenic. This is Sonia Calico with ‘Clutter Confines’:

3) This is a band called Hideous Sun Demon, and frankly they’re mainly in here because of the name and the fact that the lead singer looks like Jeremy from Peep Show if he was an indiekid. Anyway, this is all slightly lofi and crap and Australian, but it’s honestly really quite charming too, insofar as a song all about wanting to stop taking gak can be charming. See what you think:

4) I know that a Kate Bush cover is, to many, sacrilege, but Meg Myers does an excellent job with this take on ‘Running Up That Hill’ - the video, though, is the real star, a stop-motion piece with each frame hand-coloured by kids, creating a wonderful, chaotic, hand-made feel to the whole thing. This is ACE and the technique/idea is definitely something that could be appropriated:

5) UK HIPHOP CORNER! Mikill Pane, a Curios pick from waaaaay back in the day, is back with a new single. Still an excellent MC, still a very funny man:

6) Finally this week, one of those videos where I absolutely have to promise you that THIS STUFF FINDS ME. This is a video review of a piece of VR software called ‘Virtamate’ which lets the user create a virtual environment and populate it with virtual women. This is totally SFW, and there is nothing gross in here - apart, of course, from the inherent creepiness of the entire concept - but if you want a very real sense of creeping futurehorror (and who doesn’t, amiright?!) then scrub through this and take a moment to imagine where a future with this sort of thing, haptic technology, deepfakes and the like leads us. This is SO odd and SO creepy and I’m sorry to leave you with it but, well, THAT’S HOW CURIOS WORKS! Oh, and LOOK, THAT’S IT, IT’S ONCE AGAIN TIME FOR ME TO GET WASHED AND DRESSED AND LEAVE THE HOUSE AND FOR YOU TO GET ON WITH THE REST OF YOUR DAY OR NIGHT AND I HOPE THAT WHATEVER YOU DECIDE TO DO AFTER READING THIS IS LOVELY AND YOU HAVE FUN AND THAT IN GENERAL YOU HAVE A LOVELY TIME AND THAT YOU KNOW THAT I LOVE YOU AND CARE ABOUT YOU AND THAT I APPRECIATE YOU READING THIS MORE THAN YOU CAN POSSIBLY IMAGINE AND THAT I WILL MISS YOU WHILE YOU’RE GONE AND I AM ALREADY LOOKING FORWARD TO NEXT WEEK’S CURIOS BYE BYE BYE TAKE CARE I LOVE YOU BYE!:

Would your mobile phone be powerful enough to get ...
Marina Otero Verzier: finding the beautiful in the...